Spontaneous Failure of a Medical Device During Secondary Processing

Lucideon was presented with a failed medical device component that appeared to have suffered a brittle fracture soon after an assembly step.  The process involved exposure to solvents from adhesives and UV radiation.  Both the raw material supplier and molder of the component had been contacted but neither could give a clear answer about the cause of the failure and maintained that nothing had changed.  The client wanted to understand whether the cause of the failure was related to environmental exposure, to chemicals such as solvents or an issue with the molding process and if so, what could be done to prevent the failure from happening in the future.

Three samples were sent to Lucideon for testing which included an unused reference component, a failed component, and a sample of raw polymer material. Lucideon proposed to explore the characteristics of the fracture site, as well as the differences in the thermal degradation properties of the as-molded components compared to raw materials and unfinished components. Specifically, Scanning Electron Microscopy (SEM), Differential Scanning Calorimetry (DSC), Thermogravimetric Analysis (TGA) and Fourier Transform Infrared Spectroscopy (FTIR) were proposed to evaluate fracture surfaces, reversible and irreversible thermal transitions, degradation characteristics and occurrence of oxidation, respectively. Through this analysis, Lucideon’s team of polymer experts and analytical chemists were able to prove that the current melt process conditions were too high and degraded the material. Consequently, exposure to chemicals during the assembly process accelerated the formation of crazing and crack propagation that ultimately caused the component to fail under tension.

Lucideon’s experts were able to identify a suitable mold temperature for the component which was verified by process testing/changes & simulated assembly. Lucideon’s quick response and analysis allowed the customer to resume their assembly preventing any further delays saving the customer time and money. 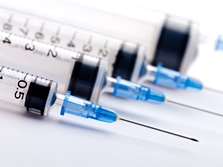