Our inorganic materials research forms the basis of our drug delivery work and product line.

We have developed a silica drug delivery system that is inorganic, controlled and safe. iCRT has been developed by our experts for delivery of actives, including:

Some Fundamental Benefits of the Technology: 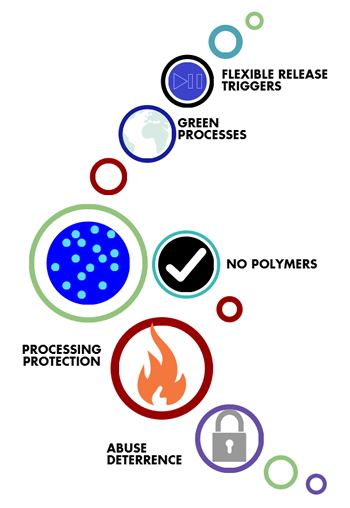 How the Technology Works

iCRT allows the drug to be introduced into an inorganic amorphous matrix and subsequently encapsulated by two key approaches:

This graph shows how the platform can sustain release of APIs over an extended period:

"The bottom up production approach means we can control the chemical composition and physical properties of the product powders. This allows us to modify release rates in different environments and media." – Dr Mark Cresswell, Senior Development Scientist at Lucideon.