Falliance commissioned the building of a new warehouse to extend their current manufacturing facility.

Lucideon developed a sampling and testing program for the ground floor area which incorporated a 20,000m2 footprint.

An initial visual survey was carried out to identify the worst areas of failure. 100mm Ø core samples were taken in each of the identified areas through the full thickness of the slab, and the hardness of the hardcore sub-base was established.

All cores were logged and returned to Lucideon’s laboratories for testing. The compressive strength of the concrete was ascertained and the rubble from these tests was used to calculate chloride content, mix proportions and identify additives.

Cores were also examined by petrographic analysis to identify the hydration percentage of the cement and to investigate the depth of penetration of the floor covering adhesive.

Analysis of the concrete and screed identified that the materials specified when the building of the warehouse was commissioned, were not used and lower-cost alternatives were sourced. This enabled the liability to be apportioned to the contractor who subsequently installed a new floor screed. 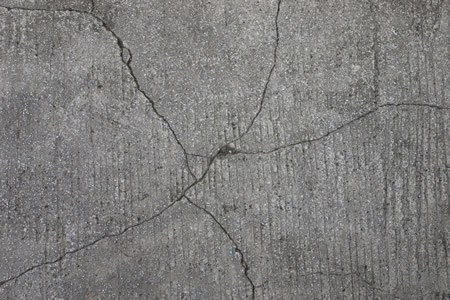